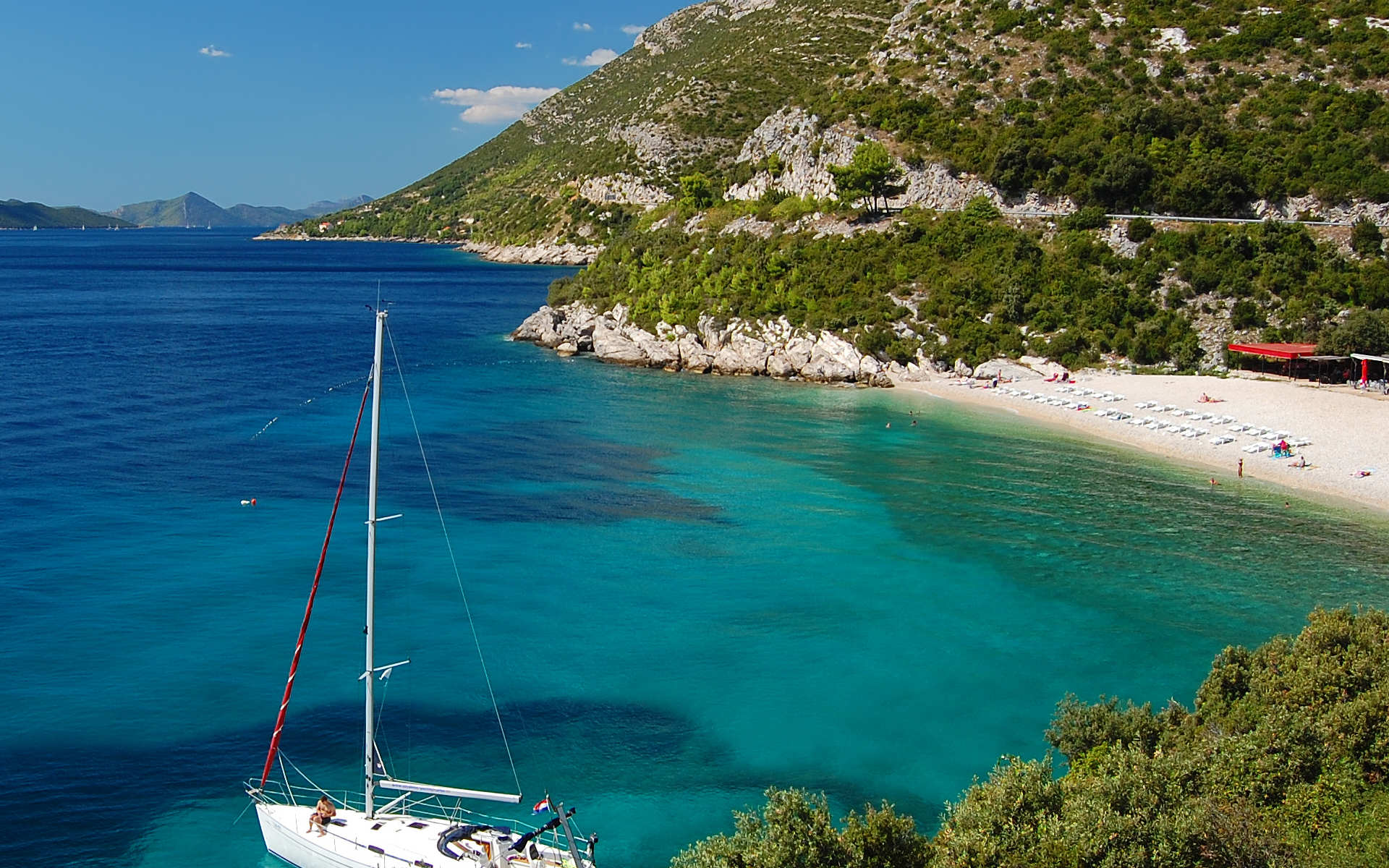 Weather on the Adriatic sea

Positioning of cyclones and anti-cyclones above South and central Europe dictates climate changes throughout the Adriatic. The usual direction of movement of cyclones above the Adriatic is from west to east. They carry winds to the south (mostly Jugo) on their front sides, and warm and humid air with them. After cyclone, the anti-cyclical. Following the cyclone, with the anti-cyclone increasing in intensity and extending eastward throughout the European mainland, the wind is shifting north-east and carrying cold and dry air-Bura.

Over summer, the weather variations between north and south are considerably milder - two Adriatic halves are then joined in one climate region with many warm and sunny days, elevated daytime temperatures moderated by pleasant Maestral winds, low humidity proportion and moderately hot nights. The sea temperature at its surface around the entire coast is mostly between 24 and 26°C.

The distinctions between the North and South Adriatic, particularly overnight, are becoming more important towards the end of the summer. Soon, chilly nights will trigger sea temperature variations. At the start of September, the ocean begins to cool faster in the North. A month later, the sea will already have a temperature of 18°C and lower around Istria, while the temperature of 22°C can still be maintained in the south.

The sea changes, currents, and waves

The high and low tides in the Adriatic are of quite small amplitudes and do not impact the safety of sailing considerably.The atmospheric pressure affects them significantly. Sea changes are mildly indicated and there are no issues with navigation in theory. However, they must be taken into consideration because they can reach the velocity of 4 knots in some strait canals and dug passages. The Adriatic waves are not as high as the ocean waves. Jugo creates greater waves than Bura, but concluding that they are more dangerous would be totally incorrect. On the contrary, Bura waves are shorter by half and their amplitudes are considerably less regular, which means that under Bura waves the hull will have to withstand much greater pressure. 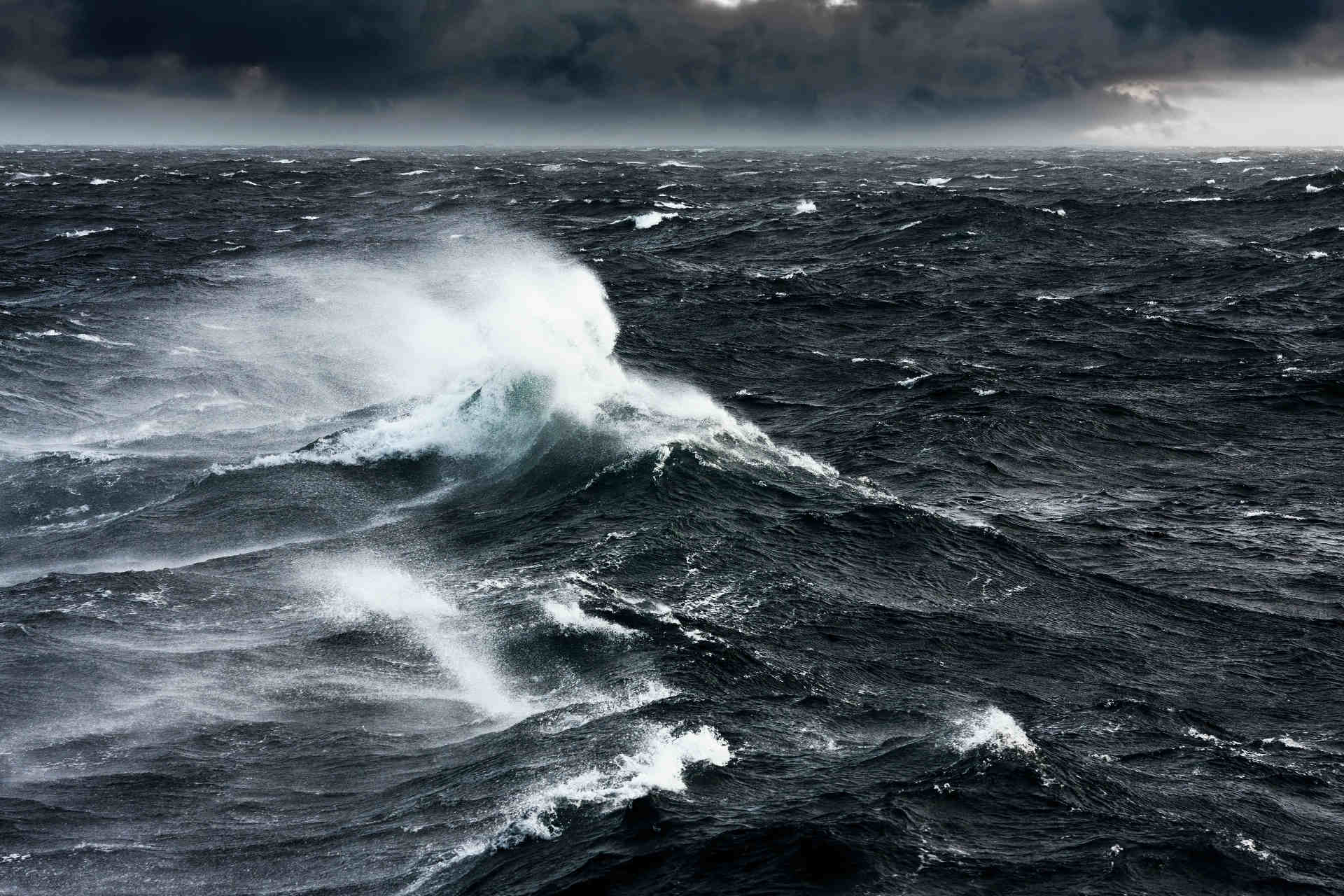 Winds of the Adriatic

The entire eastern side of the Adriatic is rich with specific local weather-changing manifestations. From a long time ago, reading small indications was the foundation of fishing and marine life. Therefore, if you ask a fisherman to tell you what the weather will be like in the evening or tomorrow, and what is the best mooring site, you will not make a mistake.

As a cold wind, from nearby peaks Bura blows horizontally towards the sea. It decreases visibility rising ocean dust. Bura is announced as a "cap" of clouds seemingly related to the nearby high mountain peaks-Velebit in the North Adriatic and Mosor and Biokovo in the South Adriatic. Bura rarely blows for more than three days. It can blow itself out for as soon as less than 24 hours when it is of local origin. As it carries cold and heavy air, through mountain faults and between greater ranges it finds its way to the ocean.

Jugo is a south-east wind. It blows along the Adriatic as a cyclone overlooks the Adriatic. It brings clouds and rain. The air pressure drops. It grows slowly and can generally be noticed in advance of two to three days. It generally lasts a lot longer than Bura, five to seven days, and in winter even longer. So-called dry Jugo continues to blow without bringing rain.

Maestral is a "good" wind, a sailor friend, and friend of all who enjoy sea in summer. It is a northwest thermal wind created by differences in continental and marine warming rates. It is strongest in July and August and common from spring to autumn. IIt usually raises around 9 or 10 in the morning, reaches its highest afternoon strength, and at sunset suddenly fades. In the North Adriatic, Maestral is generally weaker than in the South.

Besides Bura, Nevera is certainly the Adriatic's most unpleasant experience. It comes from the open sea at high speed from the West and lasts very shortly. It appears almost solely in spring, with the approach of autumn much more frequently.